Fund of the rare book

The department presents library and bibliographic and information service of readers: carries out oral and written (thematic, factual, etc.) inquiries, l organizes thematic exhibitions and reviews for the aid to educational process, selects materials for lectures for applications of departments and a practical training.

In a small collection of Slavic-and-Russian hand-written books (9 copies) the earliest copy are "The elected services for September, October with additional articles", dated by the end of the XV century.

In fund of department of 16 books of the Cyrillic print of XV-of the XIX centuries, over 800 domestic editions XVIII – the first third of the XIX century, printed by a civil font.

There are "A collection of the state diplomas and contracts which are stored in the State board of foreign affairs", orders and decrees of times of Anna Ioannovna, Peter I, Catherine II, the Catherine II and Voltaire correspondence, 10 parts of "The general armorial of noble childbirth of the All-Russian empire begun in 1797", "The genealogical book of Russian princes and noblemen", known as the Velvet book, and many others.

The collection of the Western European editions is interesting (till 1830). Some of them are: the intravital edition of "Histoire de l'Empire de Russie sous Pierre le Grand" by Voltaire (1759), multivolume "The History of England" (1789) by David Hume, works  by the German lawyer Samuel Pufendorf (1718-1719), etc.

The collection of pre-revolutionary educational books has been formed in the department.  It is necessary to distinguish among them: The "Slovenian grammar" by Meletiy Smotritskiy (1648), which was the only suitable manual of grammar, etymology, syntax, rhetoric and poetics studying in due time, "Arithmetic" by Leontiy Magnitskiy (1703), which has been serving as a manual in schools for more than half of century and has become the educational encyclopedia of mathematics.

It is necessary to mention the forbidden and illegal pre-revolutionary editions collected in the department. Besides the RGGU library, some of them are presented only in several copies in the largest book-depositories of the country. For example, "The posthumous notes, compositions and letters collected and put in order by Jules Amig" by Louis Nathanael Rossel, the participant of the Commune of Paris, have been published with a circulation of 1200 copies. For censorship reasons 1166 copies have been destroyed.

It is necessary to note especially among periodicals of the department 10 parts of the first edition of "An ancient Russian vivliofika" (1773-1775) and 20 volumes of its second edition (1788-1791) published by N. I. Novikov.

The department contains books from private collections of historians, archeologists, museum figures and collectors, for example, of the director of the internal intercourses of the Ministry of Foreign Affairs the baron F. R. Osten-Saken, of remarkable figures of the Russian genealogy N. V. Myatlev, L. M. Savelov, V. I. Chernopyatov, etc. Many books of the department fund are noted by ex-librises of representatives of the known Sheremetev family: Sergey Dmitriyevich, Vasily Sergeyevich, Ekaterina Pavlovna. It is necessary to mention among private collections the library of professor P. P. Smirnov (1882-1947) numbering over 1600 copies of editions. The domestic historian P.P. Smirnov was a professor and the director of Historical and archival Institute. His book collection was transferred to the library of the Institute in 1948.

In 1996-1999 University has got a collection of books, the periodic and proceeding editions (XVIII-XX centuries) of the outstanding linguist and literary critic G.O. Vinokur and of his daughter T.G. Vinokur. It represents the fine collection opening problems of history of the Russian literary language and contains the most valuable researches of language of A.S. Pushkin, A.S. Griboyedov, V.V. Mayakovsky. The collection contains works of the most famous scientists, writers and slavists of XIX - the beginning of the XX centuries. Works of specialists in literature of the beginning of the XX century are also rather fully presented.

At the moment the electronic fund of rare books continues to be formed. Many editions are already available in the RGGU digital library. 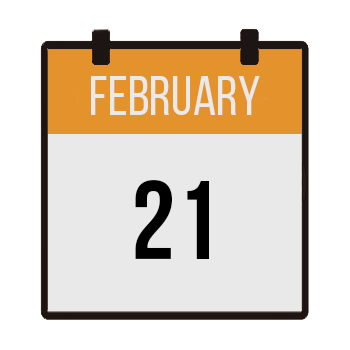